A photo charter with Dinmore Manor on the 16th November.
7820 Dinmore Manor is a British Railways locomotive part of the Manor Class. It is one of nine locomotives preserved from the class, which originally numbered 30.

Named after the ancient 12th century Knights Hospitaller preceptory Dinmore Manor in Herefordshire, the locomotive was built by British Railways in 1950. It was withdrawn from service in 1965 and moved to Woodham Brothers scrapyard in Barry, Vale of Glamorgan, South Wales.

The locomotive was purchased in 1979 by the Gwili Railway and was moved to Bronwydd Arms for restoration. A lack of undercover facilities and funds resulted in very little restoration work being carried out, with the locomotive being sold in 1983.

The locomotive's boiler certificate expired in July 2004. Its 10-year overhaul was completed in April 2014, and Dinmore Manor entered service at its new base at the Gloucestershire Warwickshire Railway. The locomotive works on various lines. In September 2015, it worked on the West Somerset Railway, the Gloucestershire Warwickshire Railway and the Dartmouth Steam Railway 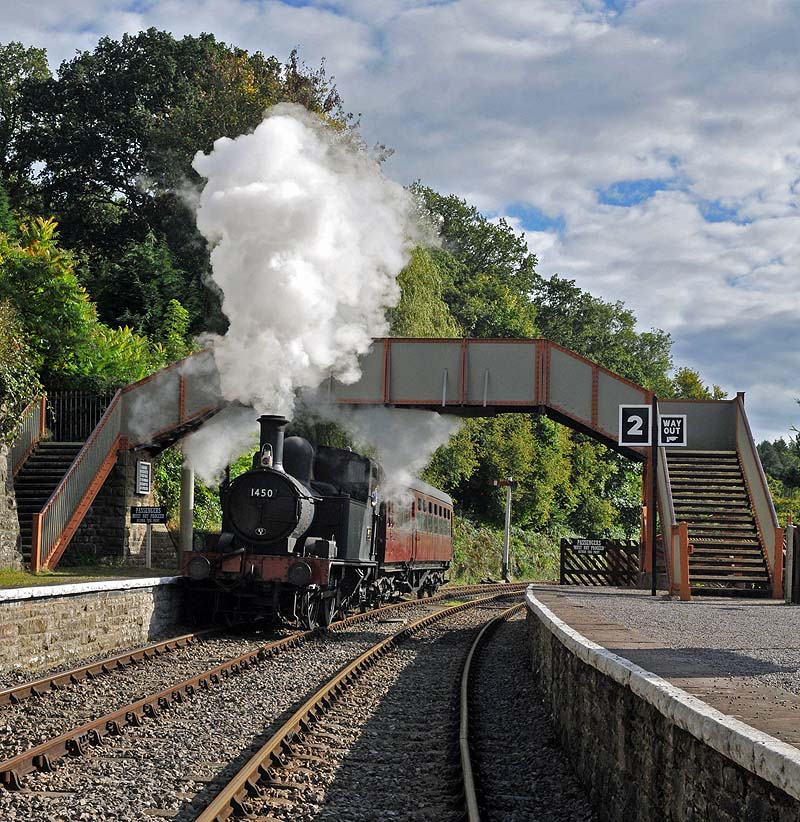